With March Madness upon us, some serious talent will be displayed in the upcoming tournament. Among the powerhouses of Duke, Kentucky, Virginia, and Villanova, there are two players that will most likely be the top players in this upcoming NBA draft. Those two are 6’10 Jahlil Okafor, and 7’0 Willie Cauley-Stein.

In my opinion, Willie Cauley-Stein since had the opportunity to play with a loaded Kentucky team, so we really don’t know truly how good he is by himself. So far this season, he’s averaged 8.8 ppg, 6.4 rpg, and 1.6 bpg. However, my personal favorite, Karl-Anthony Towns shares the court with him, so those numbers aren’t reflective of his skill. Stein is a great defender, and possibly the best in this upcoming draft. He’s a full 7-footer that’s a great shot blocker. He rarely gets into foul trouble and is a very flexible defender. He’s usually the front man on Kentucky press defenses and causes difficulty in the passing lanes. He has no difficulty switching on pick and rolls, and has quick enough feet to stay in front of some guards. However, Stein’s problems come on offense.

He’s great at running the floor and catching lobs on the pick and roll or fast breaks, but he’s not a threat on the low post. He’ll need to work on his low post game, and also his midrange jumper. He’s gone 10/31 on jumpers outside the paint. The NBA’s big men have greatly been improving their jump shooting in the last few years, and it’s something that teams look for. I’d compare him to a more dedicated Dwight Howard. Expect Stein to go to a team in need of a defensive stopper and rebounder. Most likely the Knicks or Magic.. 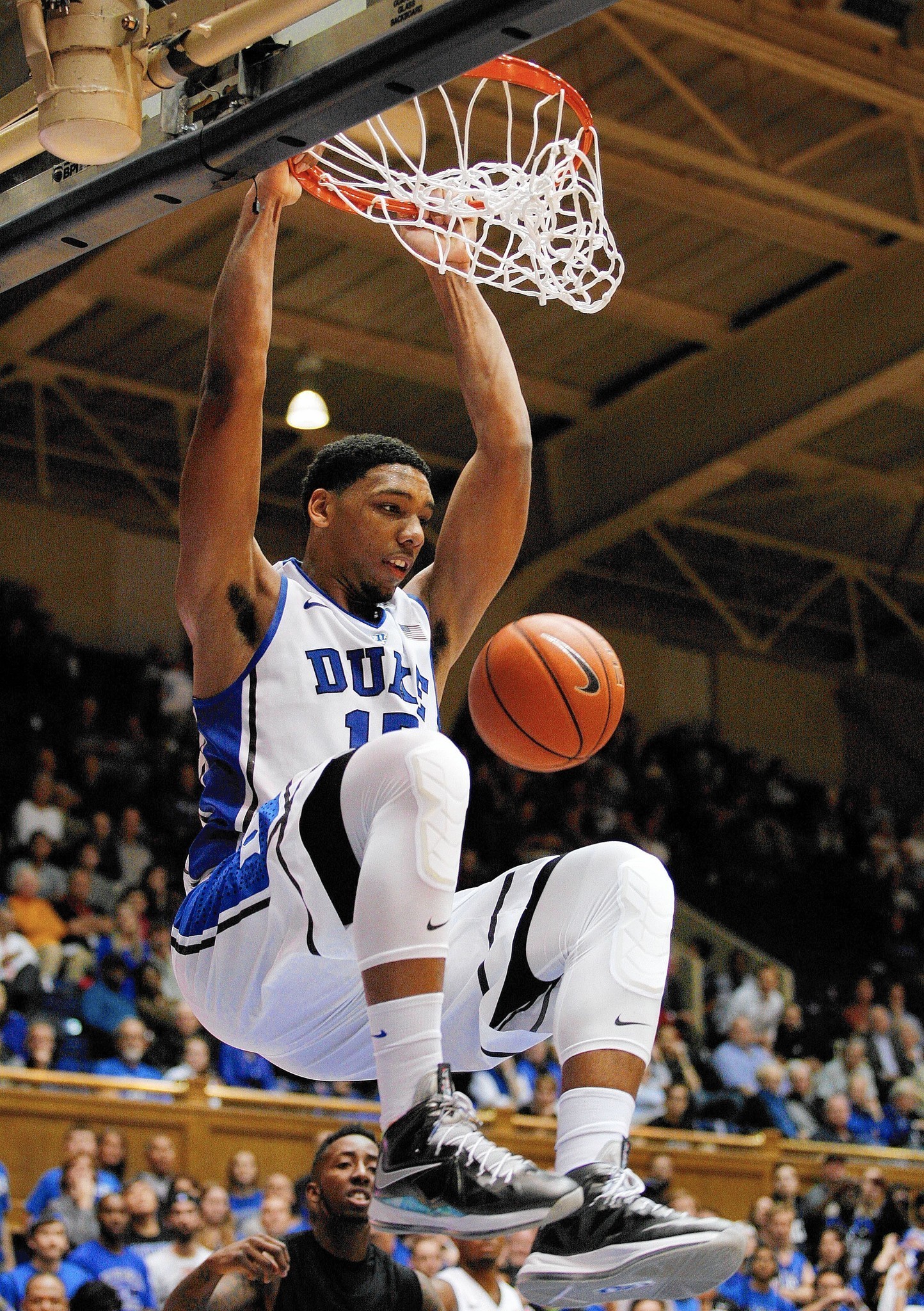 Jahlil Okafor is the most polished player coming into this draft. He’s not as athletic or as good of a defender, but he’s a much better offensive player. Playing under Coach K, he’ll definitely have a great basketball IQ and will come out pro ready. He’s great at passing out of double teams to shooters, and will punish his defender if he’s in 1 on 1 (as evidenced vs. North Carolina). He averages 17.8 ppg, 9.4 rpg, and 1.4 bpg. The offense flows through him and he determines Duke’s success or failure. His footwork is great for a freshman, and Coach K has said that he should be the #1 pick in this coming draft.

Okafor’s biggest downfall will most likely be his lack of athleticism. He has problems chasing down loose balls, and unlike Stein, can’t switch on pick and rolls. He’s also not really a rim protector considering how little lift he has. His jumpshot is better than Stein’s, but not by much. I’d still take Okafor over Stein considering how great his low post game is. His NBA comparison is more of an Al Jefferson type. His best fit would be the Lakers or Timberwolves.