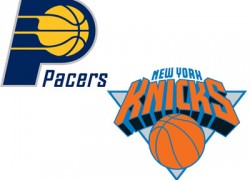 During the 90’s New York and Indiana met six different times in the Playoffs. Each series was intense, entertaining and deserved an encore. After 10+ years of not meeting each other in the Playoffs, the Knicks and Pacers now have a chance rekindle the old but great rivalry.

In the series against Atlanta, Indiana struggled on the road; they also struggled to score. Atlanta gave them hell on the defensive side of the ball, by suffocating the bigs inside and making life tough on Paul George. Without Paul George and his play making ability, Indiana struggled to generate any type of offense. In Atlanta, Indiana seemed to play a level down. They wouldn’t score as good; they would defend as well; and they didn’t make smart decisions. It seemed as if they were overwhelmed by Atlanta’s home crowd. Even with those difficulties they eked out of the series in 6 games. But, with those two problems their chances of beating New York may be hampered.

The Knicks,on the other hand have a couple of minor issues. Those issues are Carmelo Anthony and J.R Smith. In Games 4, 5 and 6 against Boston New York’s offense became stagnant when the ball was in their hands. They would force shots that weren’t there and wouldn’t make the right decisions. Other than the minor problems offensively the Knicks don’t have much to worry about.

Series Analysis
If scoring on Atlanta was tough the Pacers have alot to worry about; New York’s defense is alot tougher than Atlanta’s and can suffocate players defensively ( just ask Paul Pierce.) On the defensive side of the ball Indiana doesn’t have to worry about points in the paint as much. All they have to worry about is the perimeter. If they’re able to keep close out on the 3’s and keep Melo on his heels the Pacers should be able to win this series.

For the Knicks to win this series they’ll have to establish an inside presence. ( I’m looking at you Amare’.) Perimeter oriented teams won’t beat Indiana unless they score inside as well. On the defensive side of the ball New York is going to in trouble. With an undersized lineup Roy Hibbert and David West should be able to have their way inside, especially when Melo is at the four.

Final Prediction
This should be a physical, ugly series. The scores aren’t going to be pretty and no one is going to be lighting it up. After 7 hard fought games Indiana should upset the Knicks, because of their bigmen. But if New York is able to knock down their shots and contain David West and Hibbert the series could very well be different. The likelihood of that happening for four games is very low. Therefore the Pacers should win in 7.