The Quarterback position is the equivalent to having a coach on the field. They call the shots and are essential to a championship team. All of the quarterbacks listed below have shown signs of leadership and greatness.

He has already posted four 4,000 yard passing seasons (only two seasons without 4,000 yards). Rodgers won a super bowl and the other season missed 7 games; he has a Super Bowl ring and outside of his first year starting, has never had a losing record. His only season of not posting a 100+ passer rating was his first season starting. Aaron Rodgers is primed for greatness and has high potential to be a top 5 quarterback of all time. Only two seasons with 10+ interceptions too? We are witnessing greatness and it will only continue.

Staubach lost a lot of years that could have garnered him even more success than he got in his illustrious career. Serving the Navy before joining the Cowboys, Staubach was a 27 year old rookie. He took the Cowboys to 5 Super Bowls and won 2 of them. Roger had arguably his best season in his last year when he recorded career highs for both passing yards and touchdowns, however, he declined a two year offer by the Cowboys following that season to avoid any long term injuries, after having 20 concussions in his career.

Fouts stuffed stat sheets like few others could do. He set season passing yardage records in 3 consecutive seasons in the NFL. Until Dan Marino came, Fouts was the man putting up huge numbers. His biggest hit to his career has to be the fact that he never reached a Super Bowl, even though he had amazing AFC championship performances.

Warren Moon’s legacy should be even greater than it was. He was forced to play in the CFL for a few years, and he dominated it. Many executives didn’t believe in Moon thinking that black quarterback could not be successful in the NFL. Moon broke barriers for players in the NFL, and every African-American quarterback to this day owes him thanks. 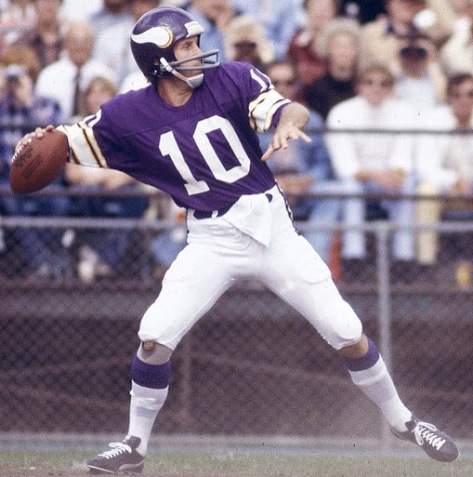 Tarkenton came in and racked up points immediately. He is the only person to ever throw for 4 touchdowns in their first game. He led the Vikings to three Super Bowls but lost all of them. He was a dual threat quarterback ranking 4th in career rushing yards of all quarterbacks. He’s 5th all time in wins for a QB despite his losses in the Super Bowl.

Brees was not always the great quarterback that you see today. He started out on the San Diego Chargers and was eventually given up on and traded to New Orleans. As soon as he arrived, Brees became a completely different player. I don’t think anyone would have said after he left the Chargers that he would end up in the top 5 for career passing yards and touchdowns. Brees led the Saints to a championship over the Peyton Manning led Colts, and if Brees can keep up his performance for the next few years, he could end up moving to up to the top 3 of passing yards and touchdowns.

Graham is the greatest winner the sport has ever seen. Graham reached the NFL title game every single year he played and won 7 of them. A lot of this is due to the lack of competitive teams at the time but regardless, this feat is impressive. He is arguably the greatest pro athlete to play for Cleveland as he lead them to more championships than any other player from any of the city’s professional teams. 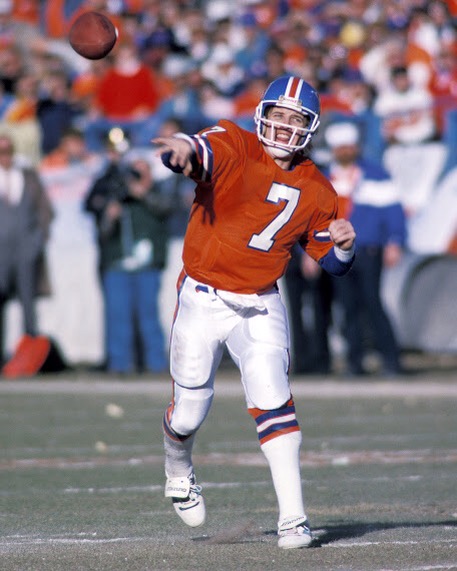 John Elway ended his career the way every player would want to. He came out on top. After a long career of not quite being able to do it, Elway pushed through his final two years and won back to back Super Bowls. Elway early on developed as one of the premiere clutch quarterbacks in the game. He’s had many great moments throughout his career, but is best remembered for his AFC Championship game when he had “The Drive” against the Cleveland Browns to go to the Super Bowl.

How do you fill the gaping hole left by Joe Montana? With Steve Young. The 49ers probably had the best luck ever when they lost their top 5 quarterback and found another top 10 one. The greatest left handed QB ever has a underdog story of how he became one of the greatest football players of all-time.

Brett Favre was the definition of a gunner. If Favre saw even the tiniest of seams he was going to throw it. If it went wrong he didn’t care and if he saw the same seam the next time out he would throw it again. Despite how bad that sounds it is what launched Favre into greatness. His gunner mentality brought Green Bay a championship and only twice in Favre’s extremely long career did he have a losing season.

Unitas is best known for “The Greatest Game Ever Played”. In the NFL Championship, Unitas beat the Giants in the first overtime game in NFL history. His numbers are not as flashy because of the time he was in, but there is no doubt Unitas was a top 5 quarterback of all time. He led the Colts to 3 NFL championships, and was a 4x MVP and 10x Pro Bowler.

Dan Marino helped evolve the game. Marino is arguably the greatest pure passer the NFL has ever seen. In his second year, Marino broke season records for passing yards and touchdowns. Both stood for at least 20 years. Marino is arguably the greatest pure passer on this entire list, but his biggest knock has to be the fact that he was never able to get a ring. In his one time reaching the Super Bowl, Marino threw two interceptions and lost 38-16. Known most for his quick release and uncanny awareness, Marino stands as the greatest quarterback to never win a ring.

Peyton Manning is a perfectionist. Football is his life. Two weeks after the season is over, Peyton will be in the film room studying defenses. I believe he is the greatest regular season quarterback of all time. It’s his shortcomings in late postseason runs that make people question him. If you’re a stats guy he might be your greatest quarterback of all time. He is going to end his career at the top of 90% of passing records. In his second year with the Broncos, he ran statistically the greatest offense of all time. If Peyton could grab just another ring or two, then he could possibly be the greatest of all time.

Brady was an underdog. Selected in the 6th round from Michigan, Brady rode the bench until Drew Bledsoe went down. Brady has not looked back since then by winning three consecutive Super Bowl championships. He cultivated the greatest season ever by a quarterback when he threw for 50 touchdowns and nearly went undefeated for the entire season. Brady was great at winning with guys who were not perennial stars. He only had 3 guys in the receiving core to ever make a pro bowl (Wes Welker, Rob Gronkowski, Randy Moss). Brady is still going and if he can win another one, then the topic of Brady being the GOAT could become a legitimate argument.

Joe Montana is the greatest quarterback of all time. Joe had ice water in his veins and always closed out games when his team needed him to. His regular season stats were mostly not over the top. He is in the top 5 of every passing Super Bowl stat you can think of. Montana had a gift for showing up when his number was called and he always delivered. Montana was the definition of greatness in a quarterback. He not only had the talent to be a great quarterback, but he was a natural leader, his toughness was second to none, and he has the championships to prove his greatness.