Over the course of this season Stephen Curry has proven time in and time out that he’s the real deal. He led the Warriors to a 47-35 record while averaging 23ppg and 7ast. He broke Ray Allen’s single season record in 3pt field goals made and is currently leading his Warriors team to a first round upset over the Denver Nuggets.

In the Playoffs Elite players step their game up; and thats exactly what Stephen Curry did. He went from averaging 23ppg and 7ast in the season to averaging 27ppg and 10ast. He averages more assists than any other player in the Playoffs and has the fourth highest Points Per Game average behind Anthony, Durant and Harden.

With the lights shining bright, and people watch closely Stephen Curry is delivering; like a Superstar 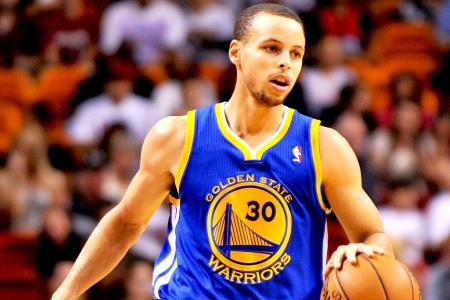